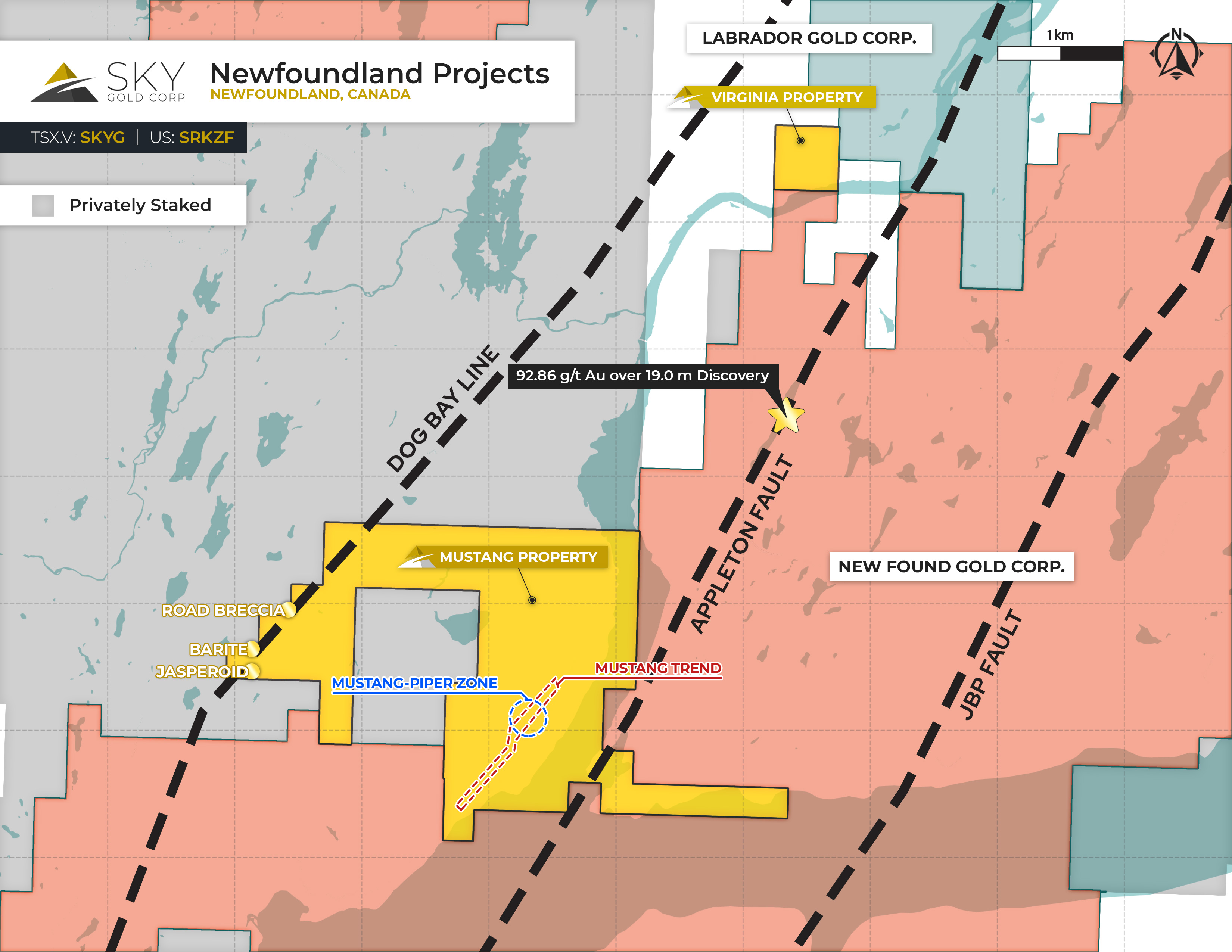 The Mustang property comprises 1,550 hectares and is contiguous to New Found Gold’s Queensway Gold Project and approximately 5 km from their discovery hole. The northern part of the Mustang Property is only 2.5 kilometers south of the village of Glenwood, with abandoned logging road accessing the area. Glenwood is located on the Trans-Canada Highway 25 kilometres west of an international airport in Gander.

The property hosts the Mustang and Piper mineralized zones. 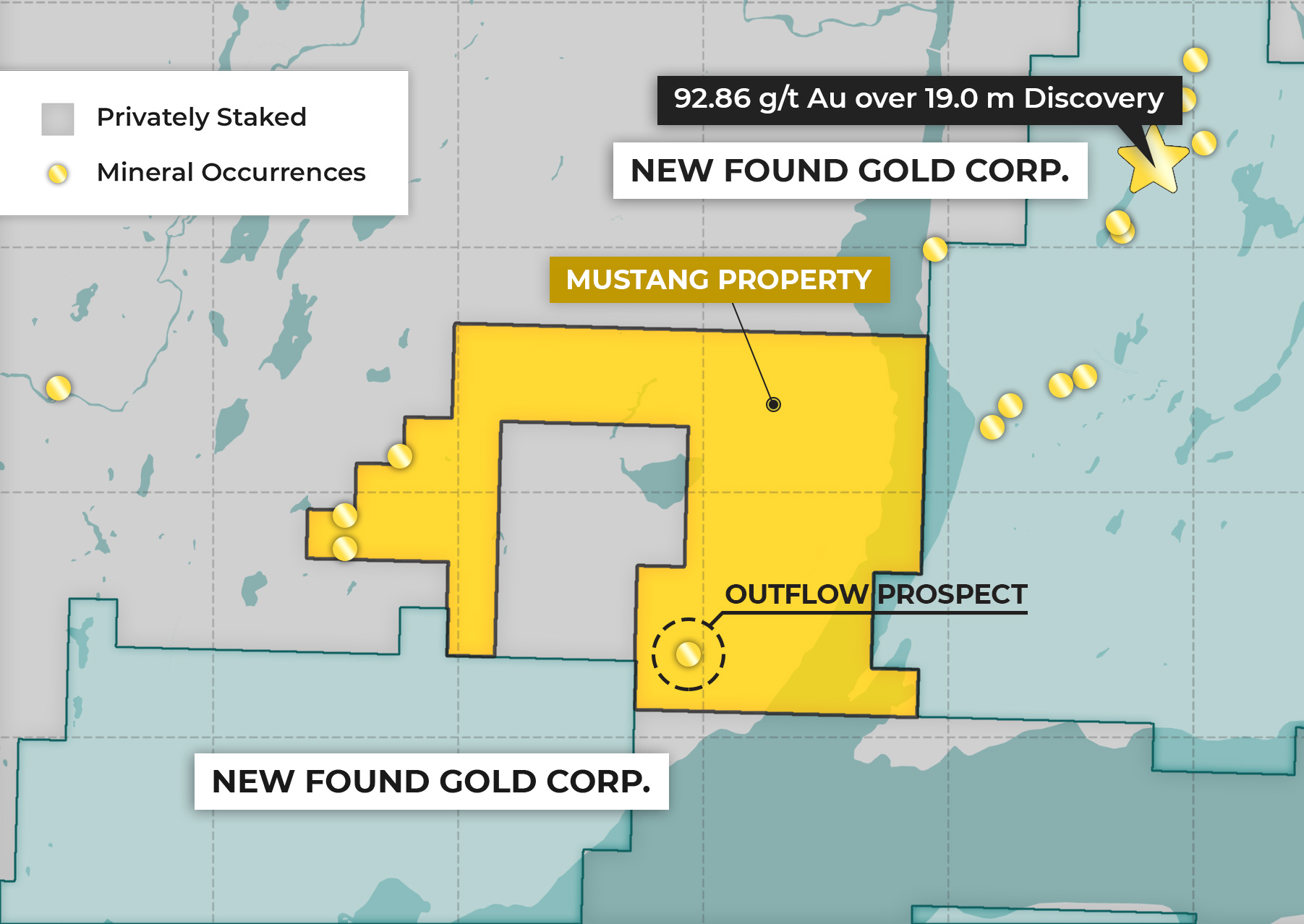 *Gold values on adjacent properties in similar rocks, and assays based on historical work, are not representative of the mineralization on the property, have not been verified, and should not be relied upon.

Two geologic models have been proposed for the gold mineralization at the Mustang zone. A low sulphidation epithermal model is proposed, based on the silicified zones, locally in association with fault zones, and consist of chalcedonic silica in association with comb-textured and crustiformquartz and hydrothermal breccia. However, Altius Mineral Corp. considered the Mustang zone as a possible example of Carlin-style mineralization (Altius Minerals press release dated Aug. 21, 2003), supported by typical enriched trace-element assemblages (As, Sb, Tl, Hg and Ba) of Carlin deposits, and barite veins, breccia matrix and stockwork hosted by calcareous sedimentary rocks.